It Began With a Lie (Secrets of Redemption #1) by Michele P.W. Review

It Began With a Lie
(Secrets of Redemption #1)
by Michele P.W. Michele Pariza Wacek 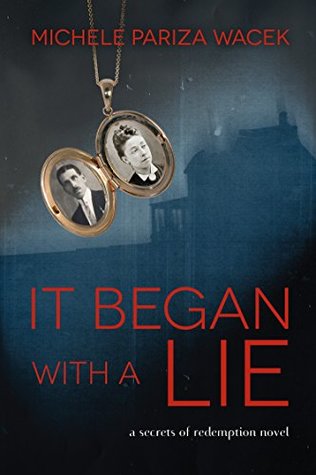 A fresh start. That was what Becca hoped the move from New York to Redemption, Wisconsin would be for her troubled family. A way to get her crumbling marriage back on track, and to bond with her difficult 16-year-old stepdaughter.

But instead of a new beginning, Becca is thrust into a mysterious past she barely remembers, as she is now living in her aunt's house (or what the locals call "The Witch House").

But is the house really haunted? Or is there something far more sinister out to destroy them?

Cassandra's  Review- The right balance of romance without going overboard and wording that will have you wanting more of the paranormal goodness.  It is a read that you will want to devour in a short time, but savor after finishing.