Winning the War on Cancer by Sylvie Beljanski

Winning the War on Cancer: The Epic Journey Towards a Natural Cure
by Sylvie Beljanski 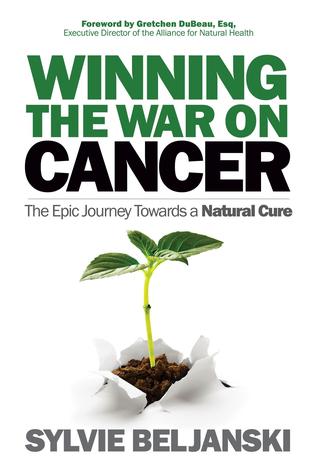 President Nixon signed the “War on Cancer” into law in 1971. Some forty-five years and several billion dollars later, it looks like we have lost the battle. Or have we? What if a natural solution had been there all along, but had just been overlooked by the pharmaceutical industry?

When a new, natural and non-toxic way to address cancer is being discovered, it is a game changer that does not go unnoticed by the scientific community. But instead of being hailed and embraced, it is fiercely opposed by prominent scientists with strong ties to the pharmaceutical industry and the might of the government is called upon to perpetuate a model as a result of which we keep losing the war on cancer. Mirko Beljanski, PhD, one of the first green molecular biologists, was called upon by President Mitterrand of France to treat his prostate cancer. Dr. Beljanski’s treatment allowed Mitterrand to reach his second term in office, but upon Mitterrand’s death, Beljanski became the subject of relentless persecution aimed at wiping out his legacy.

Today Sylvie Beljanski, the daughter of Dr. Beljanski, continues his ground-breaking research and outreach in her father's memory.

In her book, “Winning the War On Cancer: The Epic Journey Towards a Natural Cure” Sylvie outlines her journey of defiance, hope, despair, personal growth, love ... and the true story of the discovery of a new, and promising, approach to the treatment of cancer.

The book has great ideas that may be very helpful and could help save a life. With a combination of glory and story this is going to be a connection that you can easily spend hours reading.
Posted by Cassandra M at 9/03/2019