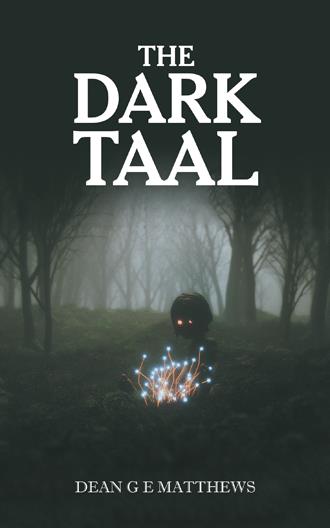 About the Book
The Dark Taal

Thousands of years ago the gods, in order to bring balance and harmony to the war ravaged realm of Aymara, made the Firebrand stone, (born of darkness), and the Chimera stone, (born of light), accessible to the many races of Aymara. Over time however, as the races advanced and greed prevailed once more, the Chimera stone was forgot and disappeared. This left the Firebrand stone’s evil unchecked, and once more the world is ravaged by unremitting war.

That was until a Mage, by the name of Pellagrin, and his followers took the Firebrand stone and split it into four, then hid the shards from the gaze of the power hungry. Seeking the shards is a dark wizard, called Kuelack, who craves dominion over the lands of Aymara. As the threat of war rears its head once more, a young boy called Aridain is born into the world. His task is to seek and destroy the stones and thus rid the land of their adverse influence. However, the gods have other plans and a dark champion is created; its mission is to restore the stones to power and kill the young Aridain.

Born in 1961 in Oxford, England, Dean Matthews, as a young man, was inexorably drawn to story writing. His interest in fantasy began as he sat enthralled while his teacher read “The Hobbit” to the class over a succession of days.

Ever since that day the world of fantasy and the imaginary would be a constant throughout his life. As a consequence he read copious amounts of fantasy i.e. The Shannara series by Terry Brooks, Stephen Donaldson’s - White Gold Wielder and David Eddings’- The Belgerad. Gaining knowledge from his writing heroes, Dean’s writing claimed several prizes while at school, however, his daydreaming in class, the consequence of an overactive imagination, often resulted in reprimands.

He wrote various fantasy and science fiction short stories over the years but it wasn’t until recently that Dean decided to write and publish one of his own novels. Dean’s other interests include, history, geography, geology, self sufficiency and the environment.

Cassandra's Review-  A firm story with good flow that is easy to get into after the first few chapters.