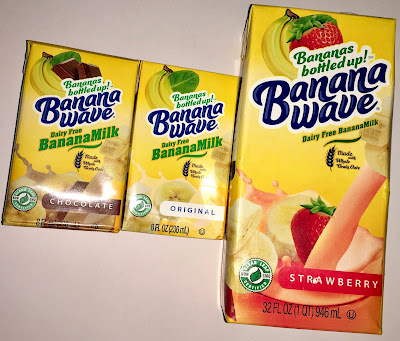 For athletes and weekend warriors needing an energy boost and a way to replace electrolytes sweated out in the gym or outdoors on the playing field, the go-to solution has been to chug down a colorful, sugary sports drink.


But a natural foods industry veteran says there is a much healthier (and cheaper) way to replenish those lost carbs and electrolytes:


A team of clinical researchers at Appalachian State University found that bananas were as effective as the leading sports drink in providing nutritional support to endurance cyclists during intensive and prolonged exercise says, Steven Gelerman, CEO of Banana Wave, (www.bananawave.love), makers of Banana Wave Banana Milk Their study showed that bananas also provided the cyclists with antioxidants not found in sports drinks as well as a greater nutritional boost which included fiber, potassium and Vitamin B6. In addition, bananas provided a healthier blend of sugars than sports drinks.


With such an impressive nutritional profile, it's easy to see how bananas helped the athletes in the study, and why the yellow fruit earned its reputation as the Worlds First Super Food nearly 100 years ago, says Gelerman.


Gelerman, whose Boca Raton-based company formulated and now markets the first non-dairy milk made from bananas as an alternative to dairy, nut, and rice milk, says he is a life-long banana enthusiast.


I learn something new about bananas virtually every day, Gelerman says. For instance, bananas are a great source of prebiotics and help keep our intestinal flora healthy. They're also a great snack for dieters; Under-ripe bananas are loaded with resistant starch -- which the human body digests very slowly, making it a powerful natural appetite suppressant that keeps us feeling full hours after eating it. For those struggling to lose weight, Gelerman suggests eating a slightly green banana 30-minutes before meals; you'll find yourself eating far less at the dinner table.


Another banana fact that may surprise some is that bananas are rich in pectin, a fiber that absorbs heavy metals and toxins from the body, says Gelerman. Pectin can actually help smooth your skin and reduce the appearance of wrinkles. Pectin content is why bananas have a reputation as one of the top ten anti-aging foods, he says.


Bananas are perhaps best-known as being a great source of potassium; about 422 milligrams in each 7-inch medium-sized fruit according to the USDA, says Gelerman. Potassium plays a significant role in metabolism, water and chemical balance in the body, and also helps with muscle contractions, nerve impulses, and regulation of the heartbeat.


Low in calories, with no fat, sodium, or cholesterol, the banana provides a steady energy flow and allows the body to work much harder, says Gelerman. And while the body is working harder, the calcium, magnesium, and potassium in the banana are working to fight cramping and promote nerve and muscle function. Its really a perfect fuel for athletes and all active adults.


Gelerman says instead of bringing raw bananas to the gym to snack on during workout sessions, he recently began bringing 8-ounce containers of Banana Wave Banana Milk. Made from non-GMO bananas, its a drink I can periodically sip, not only to maintain a high level of energy but to keep me hydrated throughout the workout.


With Banana Milk, I can get all the nutritional benefits of bananas, but without having to worry about slipping on one of the peels.